CLICK HERE TO DONATE TODAY! We need your help to keep expanding our reach, to help many more families.

Woodlands School for Children with Autism Looks to Expand

Cameron was always excited for what the new day would bring and what he would learn at the Woodlands-area Christian school he attended with his sister, Kaylee, his mother Cindy Baylor said.

But, Cindy added, at the beginning of first grade, Cameron started complaining about going to school and his mood turned melancholy when the subject came up.

Cindy said her son was falling behind, and as his autism spectrum disorder became more and more pronounced in the academic setting, Cameron and his family struggled to adjust to the fast-paced learning in mainstream school.

Then, in August 2017, Cameron became the first student at the newly opened Texas Autism Academy.

“And then we came here, (to the Academy),” Cindy said. “And things were improving that we didn’t even realize were a problem in the first place.”

Looking to the future

For the co-founders of the Texas Autism Academy — Cary Mollinedo, Jane Walls and Shelinta Perez — the school came about as a solution to the lack of suitable special education services in public schools.

The three met as special education teachers at Cooper Elementary School in 2014 and developed the idea to bring specialized care for children with autism in South Montgomery County — where some 2,000 children and parents whose only option up to that point was full-time intensive therapy, homeschooling or making the 45-minute one-way trips to specialized schools in West Houston.

“As we began to research what was not available, we were dumbfounded,” Mollinedo said. “There wasn’t anything like what we were doing anywhere – certainly not locally.”

“When we were looking at everything, we thought, ‘Why don’t we combine the two?’ Like the academics and the ABA?” Mollinedo said. “We don’t do therapy, we’re not a clinic.”

The gap that the academy fills is a major one, Mollinedo said. For parents of non-verbal or low-functioning children, day care may not be an option, and they’re often faced with the choice of putting the children in full-time ABA therapy or homeschooling them, she said.

Even the few schools that do offer similar academic and therapy services often lack longevity. Mollinedo, Walls and Perez modeled the academy’s program after a San Antonio-area charter school that has a long waiting list and doesn’t offer services past the second grade.

“That’s part of what we are,” Mollinedo said. “There’s nothing in between home school or therapy and public school.”

Autism spectrum disorder is a developmental delay condition that affects around 1 in 59 people in the United States, according to the Center for Disease Control and Prevention. The condition impairs an individual’s ability to communicate and interact socially to varying degrees from less effect to more serious impairment.

The private non-profit school offered places for children aged 4 to 10 in their first school year, with plans to expand the age range — in the 2018-2019 school year, Mollinedo said. The Texas Autism Academy plans to more than double its previous student population from 5 to 12, all the while maintaining the 2:7 teacher to student ratio that allows for personalized care.

“We want to hire staff that are capable of working with children on the spectrum,” Mollinedo said.

A little goes a long way

By the time Cameron and his family reached their breaking point in mainstream school, his ASD had become a part of their lives — everyone, both at school and at home, knew that Cameron just needed a little extra help.

“We didn’t realize how much he needed this place,” his mom, Cindy said. “We were so stuck on trying to keep our vision going, that he was learning helplessness.”

After an unsuccessful few weeks at a public school and seriously considering homeschooling, Cindy said she came across the Texas Autism Academy in its early stages — roundtable discussions between Mollinedo, Walls and Perez and autism parents in the community, where she could express her son’s needs and he could get the support he needed.

“I was hoping what was going to happen was public is going to be the answer that it’s been for some,” Baylor said. “Where it’s like, ok great, they can give him all the resources.”

The interactions at the school, Mollinedo said, help Cameron and the other students develop social skills – even if the interaction is negative.

With plenty of room to grow in their south Woodlands campus, the founders of the Texas Autism Academy expanded the school’s age range to 12 when it reopens its doors this upcoming school year; the year after, children with both high- and low-functioning autism up to age 13 will be eligible for enrollment.

Original article can be found at https://www.chron.com/neighborhood/woodlands/schools/article/1-year-after-opening-woodlands-school-for-13130431.php 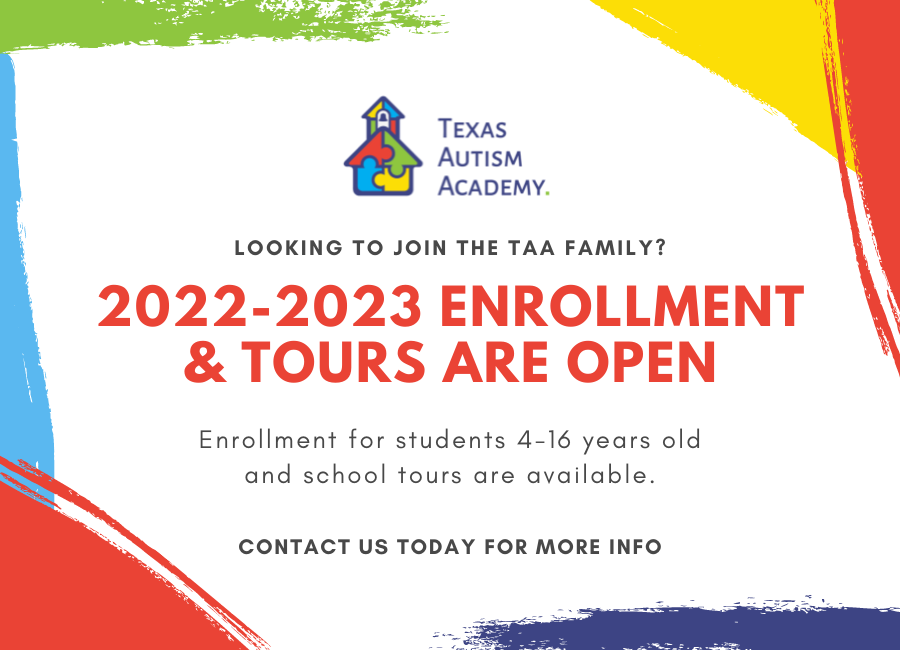